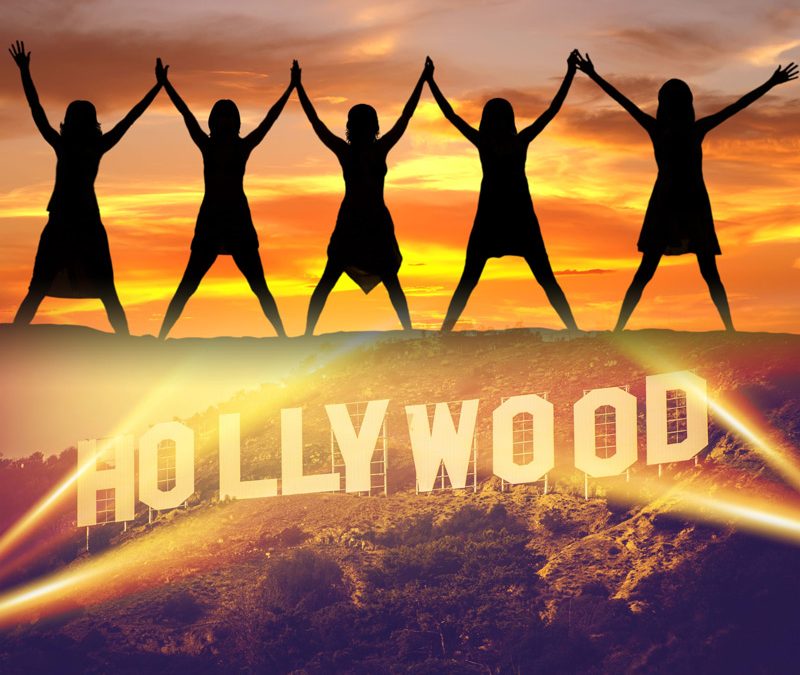 “I’m always going to be happy when people are talking about feminism — if it’s a corporation or, you know, the young woman on the street corner selling lemonade. I mean, I’ll take it” – Olivia Milch, co-writer and producer of Ocean’s 8

(Note: If you missed it, read this article (https://bit.ly/2IrW3hP) about the difference between big and small-time activists and the power they all share).

2018 continues to build itself as The Year of Women. What a beautiful and appropriate quote from Olivia Milch, co-writer and producer of the film “Ocean’s 8” – a powerful, all-female film with an A-list cast. Sandra Bullock, Cate Blanchett, Helena Bonham Carter, Rihanna, and Anne Hathaway star in “Ocean’s 8,” a women-driven spin-off of the Ocean’s trilogy.

Whether you agree with reviewers who say the film should be celebrated as a gender-swap remake/major breakthrough for women, or others who call it a feminist flop – one thing is for sure: Hollywood is on the right track. We can only hope that politics and more women elected to political office follows.

According to kulturehub.com, “Ocean’s 8” is “exactly the film the feminist movement needs right now.” That said, there is speculation that this film is part of an ignited movement toward more women-driven films and television shows. The determining factor is the hard dispassionate reality of profitability—it now pays to produce feminist oriented production.

So far, in 2018 alone, dozens of films that, according to Stylist are “just the tip of the #girlpower iceberg” were released. These include “A Wrinkle in Time,” “Annihilation,” “The More You Ignore Me,” “Tomb Raider,” “Proud Mary,” “The Post,” and “Three Billboards Outside Ebbing Missouri.”

And the influence of female-led films is not stopping with mainstream, blockbuster movies. Netflix is on board as well. In the last couple of years, the company has put out memorable, powerhouse shows and movies such as “Iris,” “Miss Representation,” “Jessica Jones,” and “Girlhood.”

It seems that more and more, networks are producing shows that tell the stories of women from different backgrounds, time periods, and walks of life – both fictional and based on true events. Some include “Orange is the New Black,” “Girls,” “Scandal,” and “The Mindy Project.”

And Fox recently announced that its next version of the iconic, Emmy-winning drama series “24” will be a more “radical overhaul” of its predecessor, and will star a female prosecutor as its lead.

“They’re talking about a female attorney who has 24 hours to bring the stay of execution to her client or he dies,” Kiefer Sutherland, star of the original 24, said. “That’s a really fascinating idea.”

While we’re in the midst of a feminist “Golden Age,” Hollywood is helping to move it right along. Feminism in film is becoming mainstream, providing a broad diversity of empowered women and I am enjoying the ride. It’s about time that women walk out of a theater inspired, enlightened, and ready to live life with fire in their veins. I look forward to the production of The Victoria Woodhull Saga as a long running TV docudrama. My goal all along has been to make Victoria and Tennessee iconic.

As Reese Witherspoon so eloquently put it, “This is a movement to say we’re more than just our dresses.”