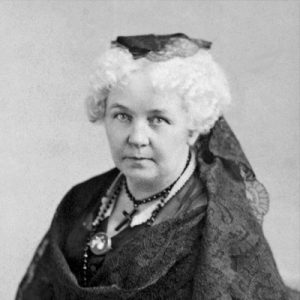 Early suffrage movement leader, Stanton co-authored the Declaration of Sentiments, claiming equal rights and legal standing for women, as presented at the Seneca Falls Convention held in 1848. Stanton is often credited with organizing the first women’s rights and women’s suffrage movement in the United States.

Daniel Cady, Stanton’s father, was a prominent attorney who served one term in the United States Congress (1814–1817) and later became both a circuit court judge and, in 1847, a New York Supreme Court justice. Young Elizabeth enjoyed perusing her father’s law library and debating legal issues with his law clerks. Stanton learned how disproportionately the law favored men over women, particularly over married women. She realized that married women had virtually no rights: property, income, employment, or even custody rights over their own children. When Elizabeth told her father that she wanted to become an attorney, he told her the fate of her birth, being born a woman, precluded it.

The Firebrand of the Woman Rights Movement

Stanton along with Susan B. Anthony, her friend, fellow advocate, and some say lover, declined to support passage of the Fourteenth and the Fifteenth Amendments to the United States Constitution. Thus, she opposed giving added legal protection and voting rights to African American men while women, black and white, were denied those same rights. This led to the formation of two separate women’s rights organizations. The schism delayed female suffrage for almost fifty years.

Stanton died in 1902 having authored both The Woman’s Bible (challenging the notion of female subservience in religious orthodoxy) and her autobiography Eighty Years and More, the definitive record of the early suffrage movement, along with many articles and pamphlets concerning female suffrage and women’s rights. 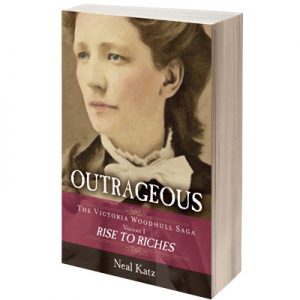